By now, the story of Sergei Magnitsky is well-known: A young attorney was beaten to death in a Russian jail cell after blowing the whistle on a $230 million fraud.

The incident inspired legislative initiatives in the United States, the United Kingdom, Canada, Estonia, Lithuania and Latvia to punish those Russian officials believed to be involved in Magnitsky’s death and/or anyone else who engaged in similar activity in the future.

In recent months, however, the generally-accepted narrative has been challenged by a growing number of journalists and investigators.

At next week’s OffshoreAlert Conference in London, parties on both sides will discuss the evidence in a session entitled ‘The Sergei Magnitsky Case: Fact vs. Fiction‘. Panelists will include Magnitsky’s former employer, Jamison Firestone; Russian filmmaker Andrei Nekrasov, and American journalist Lucy Komisar.

BOOK MY PLACE TODAY!
Or Email Us | Call +1 305-372-6296 | View Agenda
‘Sergei Magnitsky: Fact Vs. Fiction‘ is one of 17 sessions taking place at next month’s OffshoreAlert Conference in London. The conference will cover a broad range of topics concerning high-value international finance that are aimed at investigators, providers, and buyers of products and services. 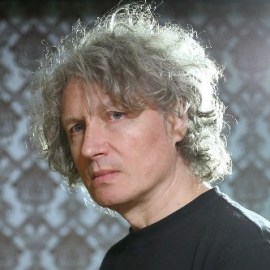 Andrei Nekrasov is a Russian film, TV and theatre director and writer, cooperating with Piraya Film for almost a decade. His well-known political documentaries include DISBELIEF, REBELLION: THE LITVINENKO CASE which was in Official Selection at Cannes Film Festival 2007 and RUSSIAN LESSONS. In 2011, he directed the 6-part series FAREWELL COMRADES!, broadcast in about 20 countries. In 2016, he came out with THE MAGNITSKY ACT – BEHIND THE SCENES, which became engulfed in a controversy which launched a ferocious – and still ongoing – attack on the film and Nekrasov. 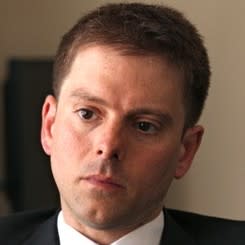 In 2007 the Moscow offices of Firestone Duncan were raided by officers from the Russian Interior Ministry and client documents and seals/stamps were taken in the search, including those of the Hermitage Fund companies headed by William Browder.

Subsequently, organised criminals took ownership and control of three Russian Hermitage Fund companies. These three companies then applied for and received a fraudulent $230 million dollar refund of Russian taxes. The fraud was dependant on materials which had been in the offices of Firestone Duncan prior to the police raid but it occurred when those materials were in the custody of the Russian police.

The Russian government brought charges against Mr. Browder and Mr. Magnitsky for tax evasion. Mr. Magnitsky was arrested, held in pretrial detention under conditions that were described by Russian NGOs as tortuous and he died in detention awaiting trial.

Mr. Firestone and Mr. Browder have spent years tracing the stolen money. So far over $130 million has been traced, all of it to accounts of Russian officials and colleagues of Mr. Putin. They have also led a crusade for “Magnitsky Sanctions” which ban human rights abusers and corrupt people from traveling to the countries that have adopted them and which make their assets subject to seizure.

The Russian government has taken the position that Mr. Magnitsky, Mr. Browder and Mr. Firestone are tax evaders and that they themselves orchestrated the theft. According to this position, the West has been duped and Magnitsky Sanctions are unwarranted. Natalia Veselnitskaya famously presented this same argument in Trump Tower offering dirt on Hilary Clinton and promising that Russian American relations would improve greatly if Magnitsky Sanctions were repealed. 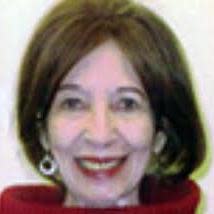 New York Investigative journalist Lucy Komisar’s beat for 20 years has been the secret underbelly of the global financial system – offshore bank and corporate secrecy – and its links to corporate crime, tax evasion by corporations and high net worth individuals, empowerment of dictators and oligarchs, bribery and corruption, drug and arms trafficking, and terrorism.

Her dozens of articles on the subject since 1997 have appeared in publications as diverse as The Wall Street Journal (“Drug Smugglers Dutch Treat,” May 29, 1997) and The Nation. Links at http://thekomisarscoop.com/

She is the author of “BCCI’s Double Game: Banking on America, Banking on Jihad” in A Game As Old As Empire, (Berrett-Koehler, San Francisco, 2007).

She won the 2010 Gerald Loeb, National Press Club, Sigma Delta Chi, and National Headliner awards for her exposé of Ponzi-schemer Allen Stanford, which she brought to the Miami Herald, showing how the Florida Banking Department allowed Stanford to move money offshore with no regulation. It led to state law reforms. The Loeb award is the country’s most prestigious prize for financial journalism.

Her investigation of William Browder began with how Browder and Kenneth Dart had used a BVI shell company for transfer pricing concerning the profits of Russian company Avisma.

She followed with how Browder used shell companies set up in the British Virgin Islands by Mossack Fonseca to receive and distribute profits from the Russian operations of his Hermitage funds and, in her words, “invented a story about how Sergei Magnitsky, the accountant who ran his tax reporting for ten years, was really a whistleblowing lawyer who discovered a Russian Government tax fraud”.

Lucy questions why major western media and governments do not look at the documented evidence and report this.

“David Marchant is only alive because killing him would be a crime.”

How To Detect Investment Fraud