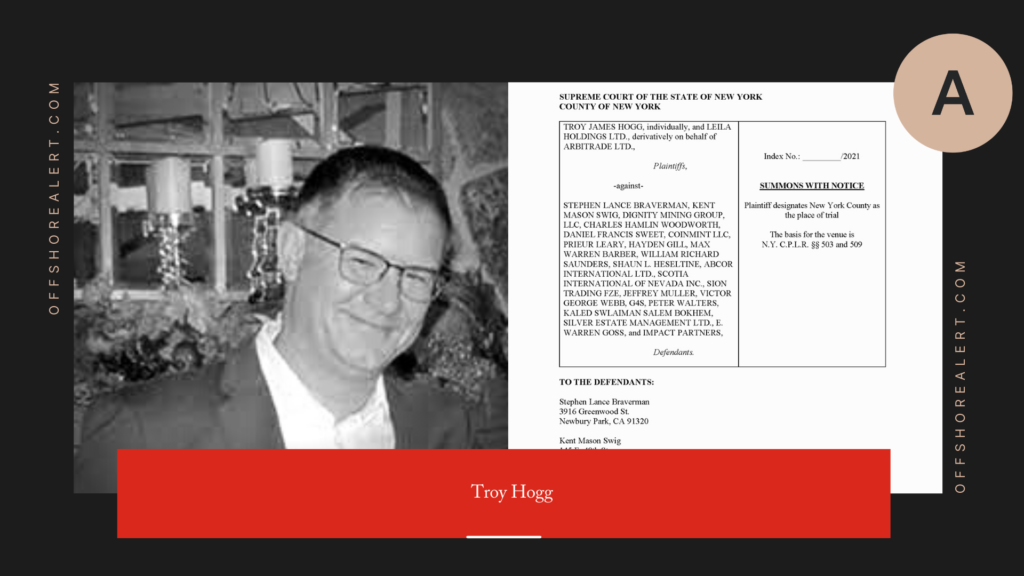 In a legal action in which he is seeking $395 million in damages for an alleged fraud involving a cryptocurrency scheme, Canadian Troy Hogg claims two Americans "misappropriated" $250,000 he gave them in 2019 to try to obtain a bank license in Bermuda, OffshoreAlert can reveal.