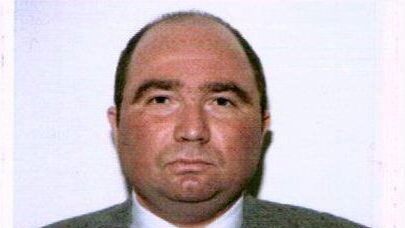 The Caribbean Bank of Commerce Limited, which operates as an Internet bank and appears to have Russian connections, has won the latest battle in an attempt by Antiguan regulators to take away its banking licence and strike it off the Companies Register. But the authorities are continuing their fight to close down the bank, one of whose officers with a heavy Russian accent called the offices of Offshore Alert this month and told us that "you don't know who you're dealing with" after we had started making inquiries about their operations. 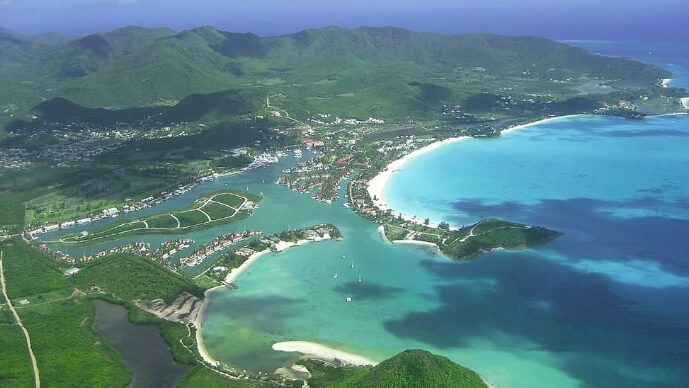 Offshore Alert can this month reveal further details about an Internet bank in Antigua that is perpetrating a fraud so crude that it illustrates why the island has developed such a poor reputation in the offshore world. The fraud is all the more disturbing because the bank's legal representative in Antigua is Steadroy Benjamin, who is a Senator for the ruling Antigua Labour Party and is the Deputy Speaker of the Antiguan House of Representatives.
31

New Utopia appears to be an advance fee fraud

Offshore Alert has uncovered evidence that a widely-publicised scheme to build a new offshore tax haven called New Utopia off the coast of the Cayman Islands to, inter alia, compete with Bermuda in offshore insurance appears to be an elaborate advance fee fraud. That allegation is supported by the fact that the public is currently being urged to order New Utopian currency by sending off funds to an Antiguan bank that we exposed as a fraud last month.
26

If you ever needed proof as to how far the Russian mafia has infiltrated Antigua's government, you need look no further than Clare K. Roberts, who was Antigua's Attorney General until last year, and Steadroy Benjamin, Deputy Speaker of the House of Representatives; The Caribbean Bank of Commerce featured in an alert sent out by the Office of the Comptroller of the Currency to US banks and regulators on November 13, 1998 that advised that the bank was operating illegally from an address in the United States, namely 17 Chestnut Street, Ridgewood, New Jersey; Bermuda Supreme Court last month appointed the Official Receiver to take over the financial affairs of Bermuda attorney Julian Hall, who used to be an MP for the Progressive Labour Party when it was in Opposition; A French chateau hotel venture run by outspoken former Bermuda-based insurance boss Jonathan Crawley seems to be heading the way of several insurance companies he helped run; The name of Antigua-registered American International Bank, which is now in receivership after being mismanaged by its owner William Cooper and its CEO John E. Greaves, has cropped up in several official investigations into criminal activity involving money laundering; and The Cayman Islands government wasted yet more of the public's money by first obtaining a court injunction against the Cayman Free Press preventing its Caymanian Compass newspaper from reporting the contents of the government's agreement with telecommunications carrier Cable & Wireless and then inexplicably dropping the matter without any explanation just before a court hearing to hear the pros and cons of the case.
30

A scheme to build a new offshore tax haven called New Utopia off the coast of the Cayman Islands has collapsed following legal action by the Securities & Exchange Commission. A federal judge in Tulsa, Oklahoma, this month granted the SEC's application to freeze all money raised by Lazarus Long (a.k.a. Howard Turney) for his New Utopia project through a fraudulent bond offering.
30

One of the architects of Antigua's new anti-money laundering laws has written to the US Treasury protesting its recent issuance of an Advisory warning that all transactions with Antiguan financial institutions should be treated as suspicious. US-based attorney Carlos E. Loumiet conceded that there were "a few shortcomings" in Antigua's new legislation but he claimed the US had ignored the "numerous positive changes in bank supervision in Antigua and Barbuda over the past two years designed to clean up the offshore banking sector in that country".
31

Caribbean Bank of Commerce scam continues under another name

After finally having its bank licence revoked by regulators in Antigua earlier this year, the Caribbean Bank of Commerce has simply changed its name and is continuing its criminal activity without interruption.The bank has not even bothered to change its Antiguan telephone and fax numbers or its two web addresses at www.caribbank.com and www.cbcltd.com.
31

January In our first exposé of the year, we give details of a multi million dollar fraud being committed by the First International Bank of Grenada, the World Investors' Stock Exchange, the International Deposit Insurance Company and related parties in
30

The Caribbean Bank of Commerce, which had its banking license revoked in Antigua last year, has been up to its old tricks again. On March 29, 2000, the US Office of the Comptroller of the Currency put out a warning about something calling itself Digital Commerce Bank Ltd., which is one of the names CBC now operates under.
31

A look at the sordid business career of Eugene Chusid, one of the architects of an investment scam known as Le Club Privé.
31

A Russian businessman who ran the crooked Caribbean Bank of Commerce in Antigua has been accused of running a massive investment scam over the Internet. New Jersey-based Eugene G. Chusid, who already has two pending criminal actions against him relating to CBC, may yet face a third after the SEC closed down a fraud known as Le Club Privé.
31

The manager of a Nauru-registered bank that appears to be operated illegally from Nevis said he did not realize he was doing anything wrong and will take steps to correct the matter. Dennis L. Shollenburg also said that a lawsuit that has been filed against him and others in the US by plaintiffs alleging investment fraud involving his previous bank had not been served on him.
31

Eugene Chusid, who has recently been implicated in an investment scam known as Le Club Privé, has been imprisoned for 37 months for another fraud involving the Caribbean Bank of Commerce, of Antigua.Chusid was also fined $250,000 and ordered to pay restitution of $360,000 when he was sentenced at the US District Court for the Southern District of New York on July 17, 2001.