Banned company director and serial fraudster Brett Jolly has resurrected his failed Privilege Wealth investment scheme under a new name - Creditech - using as fronts two well-connected British nationals who quickly resigned after being contacted by OffshoreAlert, we can reveal. 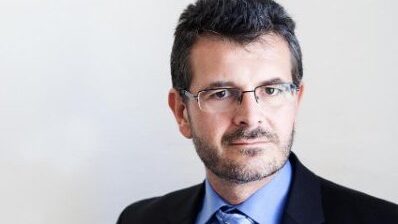 Argentarius Group, which operates investment platforms in Malta, Gibraltar and the Cayman Islands on which several suspect schemes have been trying to raise funds, has been kicked off the Gibraltar Stock Exchange.
25

Fintech Software Development Group Inc., which formed the centerpiece of two fraudulent investment schemes exposed by OffshoreAlert, has been dissolved by the Florida Division of Corporations for failing to file its annual report.
05

Privilege Wealth Plc appears to be under criminal investigation

British firm Privilege Wealth Plc, which was exposed as a fraud by OffshoreAlert last October, appears to be under criminal investigation in the United Kingdom.
06

The last remaining director of British firm Creditech Plc has quit, seemingly signaling the end of a firm that was attempting to continue an investment fraud that began as Privilege Wealth. Since being approached by OffshoreAlert less than a month ago, Creditech's entire board and its secretary have all resigned.
16

British businessmen who fronted a failed attempt to keep the collapsed Privilege Wealth investment scheme going under another name in 2017 after it was exposed by OffshoreAlert have launched a look-alike in Florida and England, C-Tech Financial. They are Keith Harris, who is Deputy Chairman of Everton Football Club, and Andrew MacKenzie, who once ran the image rights firm of British politician and Olympic champion Sebastian Coe.