NimsTec Limited, a hi-tech firm which produces 3-D cameras and printers for the medical and photographic industries, has begun listing its ordinary shares on the Bermuda Stock Exchange, where they will be traded in minimum blocks of $100,000.

Investors thinking of buying into high-tech firm NimsTec, which last month became the latest company to list on the Bermuda Stock Exchange, may want to look closely at the track record of its technology and its senior management before parting with their funds. Bermuda-based NimsTec, which manufactures and markets 3-D products, including cameras, has raised $3 million so far from investors in Bermuda, Kuwait, Saudi Arabia and Bahrain. Investors include Deloitte & Touche (Bermuda) partners Bill Jack and Roger Titterton, who have invested $40,000 between them. The company bears striking similarities to a company called Nimslo, which lost investors in the US, the UK and Bermuda tens of millions of dollars over the 1970s, 1980s and early 1990s with the same technology now owned by NimsTec. 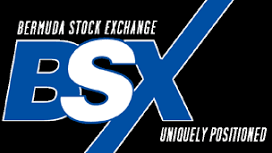 The Bermuda Stock Exchange yesterday announced that it was de-listing the shares of 3-D firm NimsTec Limited for publishing an inaccurate and misleading share prospectus. The de-listing of NimsTec's shares is a direct result of an investigation carried out by Offshore Business News & Research which publishes Offshore Alert and Inside Bermuda, into NimsTec earlier this year.
31

Anything for a fee? A look at CD&P’s role in the NimsTec fiasco

If investors who pumped $2.6 million into Bermuda-based hi-tech firm NimsTec on the basis of misleading and inaccurate information are looking for someone to sue for negligence, they could do worse than to explore the role of law firm Conyers Dill & Pearman in helping NimsTec to raise capital. Before parting with their funds, investors in NimsTec who bought shares in two private placements were assured by NimsTec's officers and directors - who included CD&P partners - that no material facts were omitted from a share prospectus and that "all reasonable care" had been taken in its compilation. However, we can reveal that CD&P should have known about the appalling track record of NimsTec's 3-D camera and printing technology and its management that was not disclosed to investors because the law firm previously represented a similar company called Nimslo.
30

OffshoreAlert's unblemished track record when it comes to publishing exposes, despite letters threatening litigation; human cloning group touts Cayman and Bahamas as potential domiciles, who is disgrunted ex-Bank of Butterfield employee who criticized recently-retired chairman Sir David Gibbons?, Richard Black and Mike Cascio look to form new Bermuda insurance facility, possible bribery in the Turks and Caicos Islands, Cayman Islands Monetary Authority MD Neville Grant accepts no responsibility for collapse of First Cayman Bank, Global Private Banking magazine causes mirth by describing closure of FCB as an example of regulators "acting tough on miscreants", Cayman-based Oxford Advisors opens up office in Bermuda, 18 luxury homes in Bermuda sold for a total of $72 m in 1997, and what effect, if any, will the death of Charles Collis have on Bermuda Fire and Marine Insurance litigation?
30

Offshore regulators apparently uninterested in scams exposed by OffshoreAlert; NimsTec's 3-D cameras offered for sale as "collector's items" over the Internet; Marc Harris has t-shirt with the slogan: "David Marchant is alive because killing him would be a crime"; As General Election looms, Progressive Labour Party tipped to win power in Bermuda for the first time; Dominion of Melchizedek offers a variety of fraudulent products and services; and Little Switzerland contemplates legal action after proposed purchase of Colombian Emeralds International falls through.
26

A Bermuda Stock Exchange-listed company whose minority shareholders include subsidiaries of the Bank of Bermuda and financial services firm Lines Overseas Management is caught up in what appears to be a scheme to defraud investors on the NASDAQ over-the-counter market, Offshore Alert can disclose. We have uncovered an astonishing list of proven abuses and allegations of fraud and dishonesty against individuals and companies associated with Bermuda-registered investment holding company Mezzanine Capital Ltd., including its Chairman and President, Eric Chess Bronk, although we have found nothing to incriminate LOM or the Bank of Bermuda.
31

For the second month out of four, a company closely associated with Bermuda Stock Exchange-listed Mezzanine Capital Ltd. - which has been implicated in the manipulation of penny stocks - has been adjudged 'Stock of the Month' by www.hotstocknews.com, which promotes stocks over the Internet. NetVoice Technologies Inc. received the 'honor' in April, following on from a similar award in February to XtraNet Systems. Both companies gave the stock promotion firm shares in return for the plugs.
30

A company linked with former Bermuda Premier Sir David Gibbons is involved with a fresh attempt to raise capital for a product that has lost investors tens of millions of dollars over two decades of failure. Nevada-registered i3Dx.com, which is a front for Bermuda-based NimsTec Limited, registered 100 million shares with the SEC on November 12, 1999.
31

January In our first exposé of the year, we give details of a multi million dollar fraud being committed by the First International Bank of Grenada, the World Investors' Stock Exchange, the International Deposit Insurance Company and related parties in
30

Jerry Nims and his 3D technology claim another victim

The curse of American businessman Jerry Nims and his 3-D camera technology, whose many failures over two decades have cost Bermuda-based investors millions of dollars, has claimed another victim. NimsTec North America Inc. filed for voluntary bankruptcy at the United States Bankruptcy Court for the District of Georgia on November 6, 2000.
31

Shares of the parent company of Bermuda-based stockbroker Lines Overseas Management were listed for the first time on the Bermuda Stock Exchange on July 24.A statement that the shares had been approved for listing was made on July 20 without any prior public announcement that an application had been submitted.
31

A company whose beneficial owners include several Bermudians, including former Premier Sir David Gibbons is being sued in the United States. Orasee Corporation is a defendant in a civil lawsuit filed at the United States District Court for the Eastern District of New York on December 13, 2001.
30

A company partly-owned by former Bermuda Premier Sir David Gibbons and other Bermuda-based investors is being investigated for a suspected fraudulent conveyance of assets in the United States. It is the latest chapter in the sordid saga of NimsTec Ltd., a 3-D technology firm which - together with predecessor companies and affiliates - has lurched from one fiasco to another over many years.
30

Have you heard the one about the Governor, the Senator and the ‘Doctor’?

Naïve or cynical? That was a logical question to ask of United States Senator Hillary Rodham Clinton and Governor George Pataki after they teamed up with suspected fraudster Jerry C. Nims, whose Bermuda based business failures have cost investors millions
31

A U. S. Bankruptcy Trustee has asked a court to apply sanctions against a Bermuda-registered group closely associated with former Premier Sir David Gibbons. It is part of an attempt by Barbara B. Stalzer to recover assets that she claims were fraudulently transferred by the NimsTec group to avoid paying its debts.
30

A firm whose vice-chairman was once former Bermuda Premier Sir David Gibbons has been ordered to turn over records to a U. S. Bankruptcy Trustee seeking to recover alleged fraudulent transfers of assets. Visual Technologies Ltd. had claimed that the laws of Bermuda - where it is incorporated - prevented it from producing certain documents.