Application by Restore Advisory Intermediações Ltda. to take discovery from Admel Properties Inc., described as “a vehicle used by Mello outside of Brazil to conceal available funds that should have been directed to satisfy the Brazilian judgement against him”, for use in legal proceedings in São Paulo, Brazil “to enforce a debt against the assets of Trendbank S.A. Banco de Fomento and its guarantor, Adolpho Mello”, filed at the U. S. District Court for the Southern District of New York. 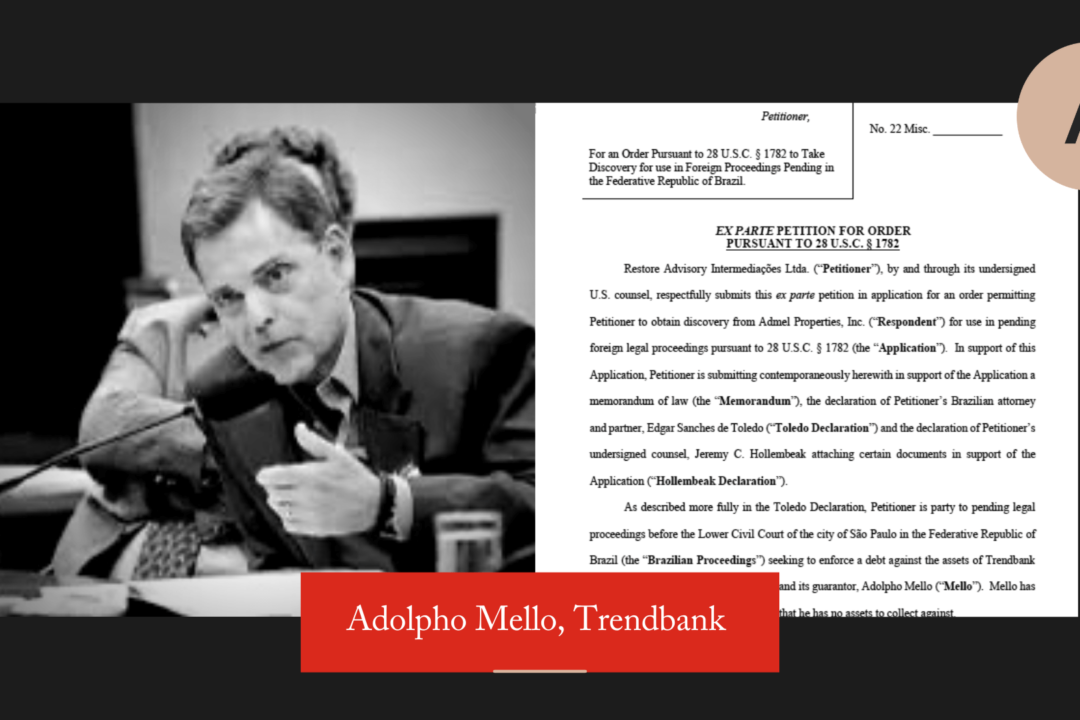