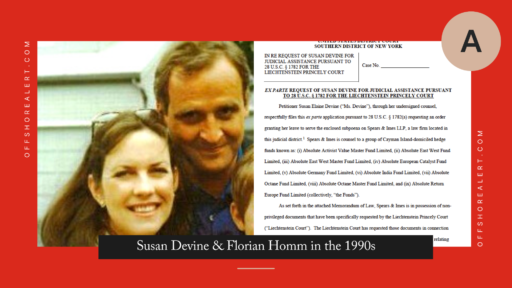 Florida resident Susan Devine, the 60-year-old former wife of German accused fraudster Florian Homm, has applied for evidence from New York law firm Spears & Imes for use in criminal proceedings in Liechtenstein, where she is being investigated on suspicion of laundering some of the proceeds of Homm's alleged $200 million Cayman Islands investment scam.