Order Staying Release of Defendants in USA v. Ilya Lichtenstein and Heather Morgan at the U. S. District Court for the District of Columbia.

Motion for Emergency Stay and Review of Release Order in USA v. Ilya Lichtenstein, a dual citizen of Russia and USA, and Heather Morgan at the U. S. District Court for the District of Columbia. 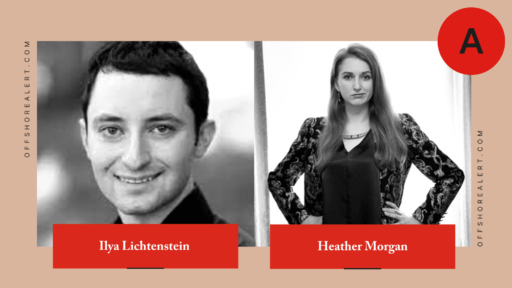 New York couple arrested for ‘conspiring to launder Bitcoin worth $4.5B stolen from BVI crypto exchange’

A New York couple - Ilya Lichtenstein, 34, and his wife, Heather Morgan, 31 - have been arrested and charged in the United States with conspiring to launder Bitcoin now worth $4.5 billion that was allegedly stolen in a 2016 hack of the British Virgin Islands-owned cryptocurrency exchange known as Bitfinex.

Criminal Complaint alleging conspiracy to commit money laundering and conspiring to defraud the United States involving Bitcoin currently "valued at over $4.5 billion" that was allegedly stolen in a 2016 hack of Bitfinex, a cryptocurrency exchange operated by a British Virgin Islands-domiciled firm in USA v. Ilya Lichtenstein, described as "a Russian-U.S. national residing in New York", and his wife, Heather Rhiannon Morgan.