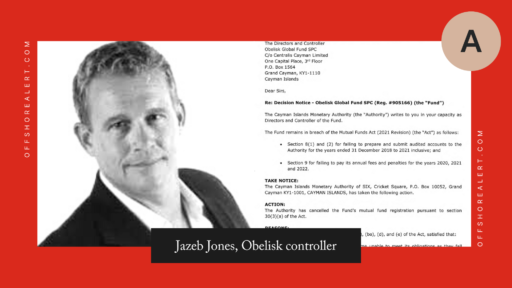 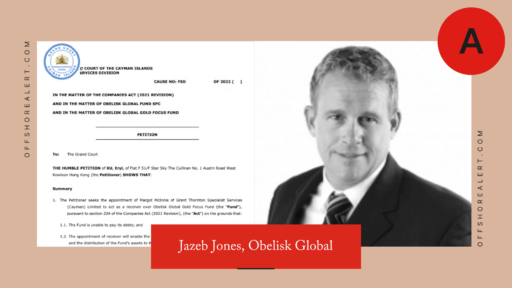 Eight months after Cayman Islands judge Raj Parker allowed Obelisk Global Gold Focus Fund to continue operating even though it was insolvent, the Fund is being sued again, this time by another creditor - Hong Kong resident Eryi Xu - who claims she cannot redeem her $600,000 investment. The Fund's principals include Jazeb Jones, Winfield Sifton, and Matthew Ho.

Petition for the appointment of a Receiver in Eryi Xu, of Hong Kong v. Obelisk Global Fund SPC and Obelisk Global Gold Focus Fund at the Grand Court of the Cayman Islands.

Alleging "serious wrongdoing", two creditors claiming to be owed $448,333 under a loan bearing interest at 10% per month have applied to wind up Cayman Islands-based Obelisk Capital Management Ltd., which manages factoring and gold funds for Obelisk Global, whose directors include Jazeb Jones, who was previously dismissed as MD of a Cayman bank over his relationship with a client accused of committing a £50 million fraud.

Winding Up Petition in Aleksandar Pausak and Suzanne Symonds v. Obelisk Capital Management Limited at the Grand Court of the Cayman Islands.