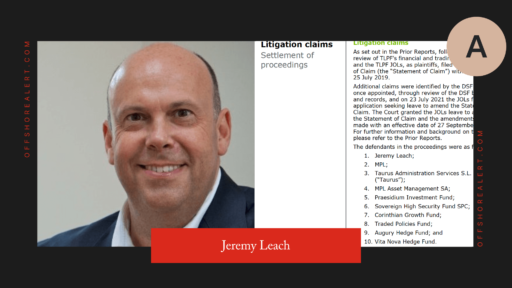 Four days before a trial was due to start in the Cayman Islands, British fund manager Jeremy Leach and eight of his firms settled a fraud complaint by agreeing to pay $11.5 million over 22 months, OffshoreAlert can reveal. Despite a plethora of red flags, the Cayman Islands Monetary Authority continues to license Leach's Managing Partners Group and its funds and the group also operates entities in the British Virgin Islands, England, Malta, Spain, and Switzerland.