Uzbek-Russian-Belgian businessman Patokh Chodiev intends to sue British financial data and information provider Refinitiv Limited, formerly known as Reuters Limited, over "a poorly supported and damaging report" about him in its risk and compliance database known as World-Check.

Application by Patokh Chodiev, described as a "successful international businessperson and philanthropist" and director of "Eurasian Resources Group" with a residence in London who is "originally from Uzbekistan" but also a citizen of Russia and Belgium, to take discovery from Refinitiv US LLC and Thomson Reuters Holdings Inc. for use in "contemplated English court proceedings" against Refinitiv Limited "arising from its publication in its commercial product, the World-Check Risk Intelligence Service database, of a poorly supported and damaging report on Mr. Chodiev that has harmed and continues to harm him", filed at the U. S. District Court for the Southern District of New York.

A Florida based stock promoter with a checkered past has been served with a subpoena on behalf of the liquidators of collapsed Cayman Islands based stock broker SEGOES Services Ltd. Howard Gostfrand, of Miami Beach, and his Florida incorporated stock

Three former senior officers of The Harris Organization, which defrauded clients out of tens of millions of dollars before collapsing in 2002, are back in business in Panama. Lawrence George Gandolfi, 65, a.k.a. Larry Gandolfi Christopher Glover Davy, 60, and

A British firm previously exposed by OffshoreAlert for fraudulently seeking to profit from the 9/11 terrorist attacks is now involved in a controversy involving the United States Department of Homeland Security. Global Objectives Ltd., doing business as World-Check, launched a public relations campaign in December claiming that U. S. Immigration and Customs Enforcement, which is Homeland Security's largest investigative arm, is actively using its know your customer database to ferret out financial criminals.

Investors who were defrauded in the Cash 4 Titles Ponzi scheme can expect to receive a dividend of approximately one-third of their recognized losses, according to Philip Stenger, the SEC Receiver responsible for administering claims; Four offshore companies and their registered agents have been trying to prevent their local regulator in the Turks & Caicos Islands from having access to their records; Also at the TCI Supreme Court, John E. Rutley Jr. has filed a lawsuit against Timothy Prudhoe, Christian Papachristou, Melbourne Wilson and Stephen Wilson, sued as and on behalf of the partners of McLeans law firm, formerly McLean McNally; Financial criminals operating in six offshore centers in the Bermuda-Caribbean region can breathe more easily next year with news that the Miami, Florida-based White-Collar Crime Investigation Team, is being disbanded on March 31, 2004 due to the withdrawal of funding by the United Kingdom government; The capacity of sales people for UK-based due diligence information provider World-Check to tell outrageous lies to potential customers in an attempt to secure a sale appears to know no bounds. FirstRand, the South African parent of Ansbacher (Cayman) Ltd., has agreed to pay 25 per cent of the amount being sought by the Irish government to cover the costs of an offshore tax investigation carried out by a panel known as the McCracken Tribunal, reported the Irish Examiner newspaper on December 19, 2003; and The Australian Securities & Investments Commission has obtained an interim order appointing a receiver over Queensland-based Comcash Australasia Pty Ltd., which it claims was operating an unregistered investment scheme in conjunction with SMC Corporation, of Dominica.

OffshoreAlert Finds Claims About September 11 Terrorists in Database False, Findings to be Presented at Symposium, November 3-4

Claims that a British due diligence database provider had profiles of 15 of the 19 September 11 terrorists in its system before the attacks are false, an investigation by OffshoreAlert has revealed.The claims about Global Objectives Ltd., d.b.a. World-Check, which markets USA PATRIOT Act compliance solutions, have appeared in news articles, press releases and promotional literature distributed internationally. 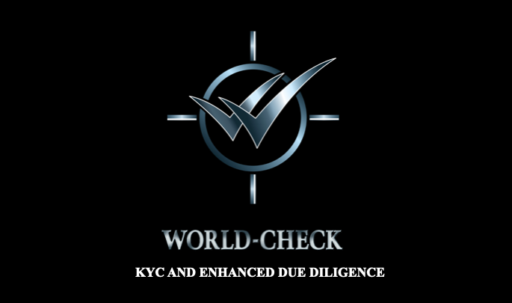 False claims about World-Check and the 9/11 terrorists

Claims in news articles that a British provider of Know Your Customer information to financial institutions had the names of 15 of the 19 September 11 hijackers in its due diligence database BEFORE the attacks are false, OffshoreAlert can reveal.Global