The Promise and Pitfalls of Civil RICO as a Fraud Recovery Tool: A Litigator’s Perspective 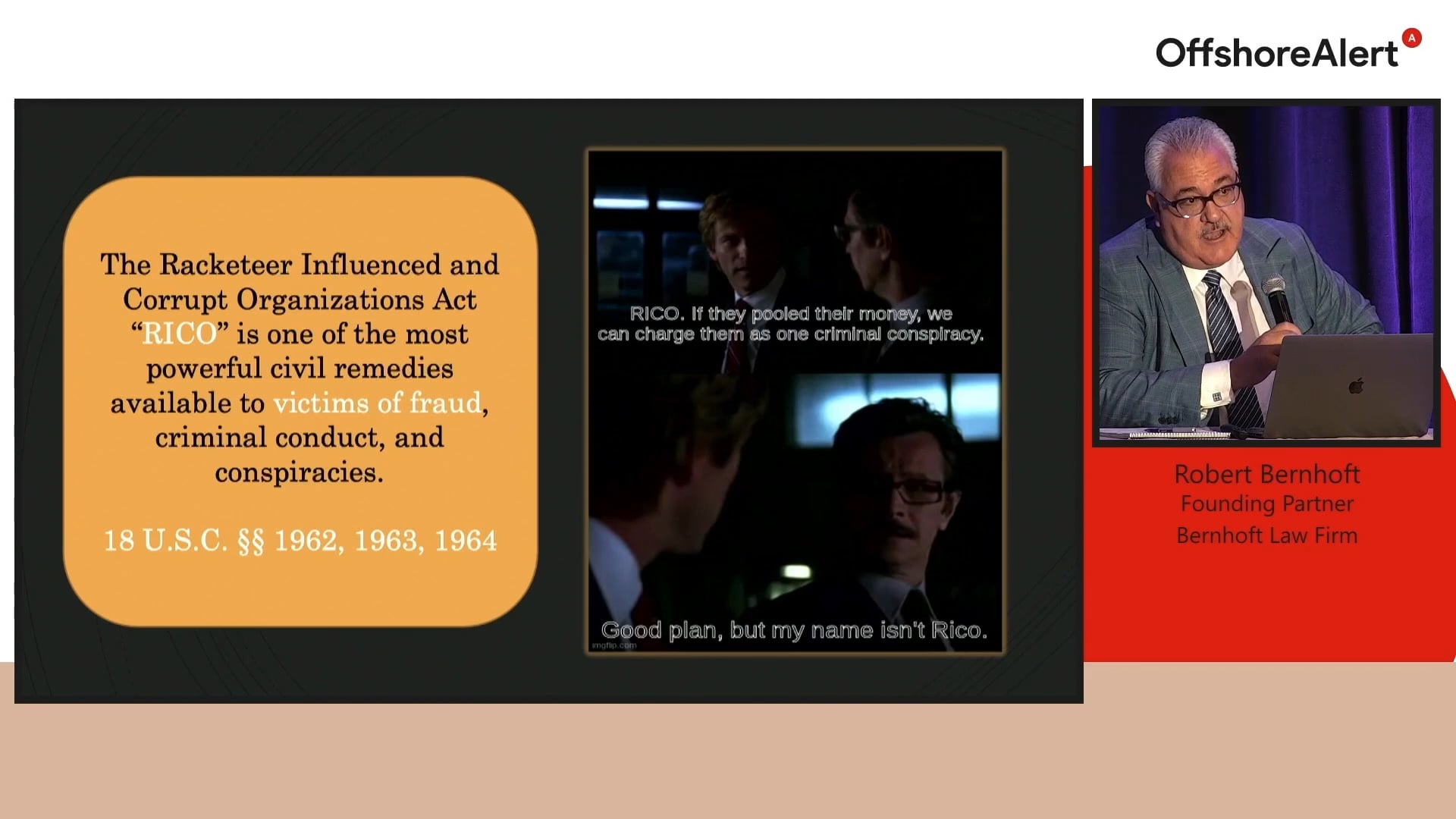 Previous Ongoing Multi-Billion Dollar Crypto Schemes: Tether & NEXO
Next An Hour With the Experts: Following the Money with Jules and Jeremy Kroll