Petition to Enforce Arbitral Award that “arises from Russia’s illegal expropriation of Yukos Capital’s multi-billion dollar investments in Yukos Oil Company in the form of two loans made in 2003 and 2004” in Yukos Capital Limited, of the British Virgin Islands, described as “a former, indirect, wholly-owned subsidiary of Yukos Oil” v. The Russian Federation at the U. S. District Court for the District of Columbia. 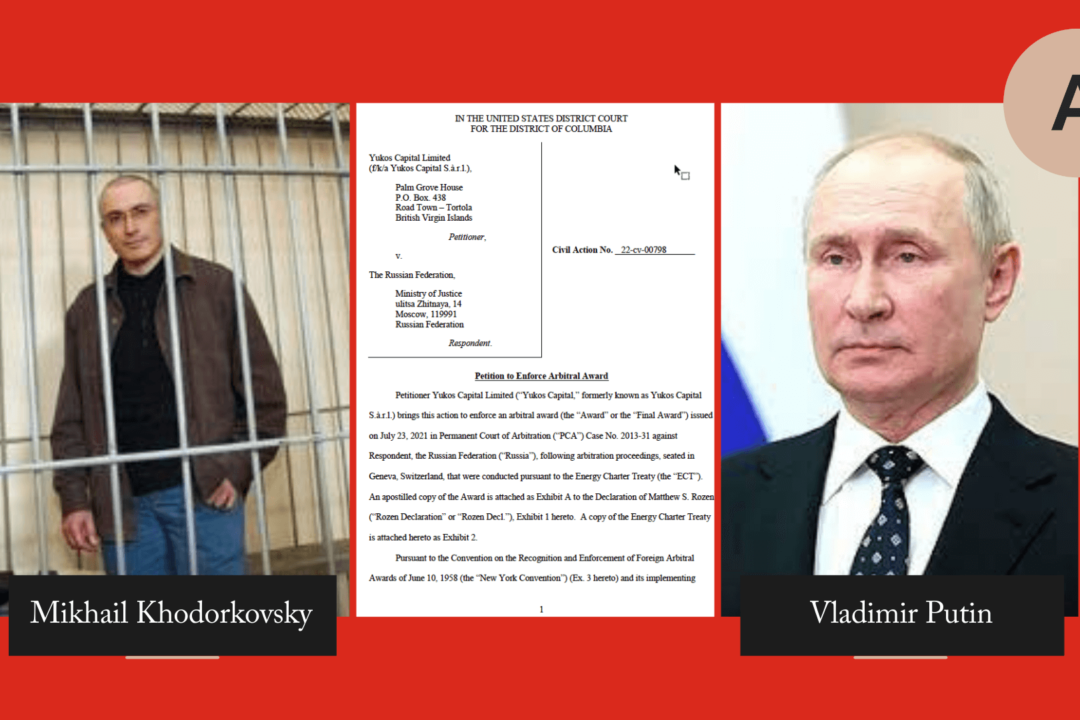 BVI-domiciled Yukos applies to enforce $5B arbitration award against Russia